Home > Features > In Their Own Words > Jill Bialosky on “Section LXXV." from Asylum: A Personal, Historical, Natural Inquiry in 103 Lyric Sections 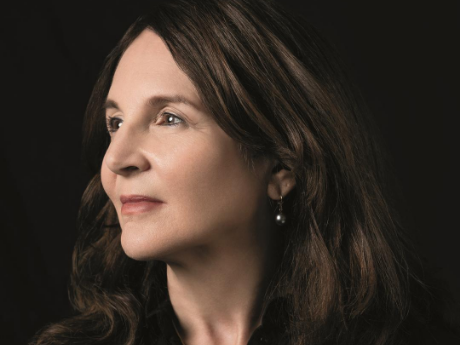 Because vines glue to the tree’s
trunk & climb up to the highest coronary,
& like a thick umbilical cord snake down its bark
like a slither in a manifest garden,
until they eventually strangle the life
cell by cell, leaf by leaf, stripping its greenery,
limb by limb, compressing
the cambium’s vascular system—
until the trunk, a hollow
totem of itself.
We’ve watched
the transformation,
from our deck,
season after season,
year after year,
debating whether
to take down one, to protect
the other, the puzzle
of not knowing
which will prosper & which will fail—
& the forever mystery of why, whereas some vines, for instance,
transform over time to birth a healthy sapling,
while others are souls which quit the case it tore itself from,
whose seeds cast into the wind & higgledy-piggledy
shoot up for the harpies to feed themselves upon.

Survival, suicide and community, whether a community of trees, a family or society are themes explored in Asylum: A Personal, Historical, Natural Inquiry in 103 Lyric Sections, from which this center-piece poem appears. It’s the only poem in the sequence that is a “Concrete” poem, a poem for which the shape of the poem echoes the content. Asylum circles around ideas of survival and extinction, and in this poem, number LXXV. of the sequence, I call upon Dante’s Inferno, the seventh circle in the Wood of the Suicides, where the souls of those who took their life shoot up like saplings, without a body, still in pain. I wanted the poem to wrestle with the idea of why some souls survive and others, like trees in a stand in a forest, for whatever reason, aren’t able to. For me the questions I circle are personal, having lost a sister to suicide, but also communal. In Asylum, and in this poem from the book length sequence, I invite the reader to recognize that the act of suicide is an individual as well as a communal loss and responsibility.