Home > Features > In Their Own Words > Maya C. Popa on “Mine’s Not A Political Heart”

Maya C. Popa on “Mine’s Not A Political Heart” 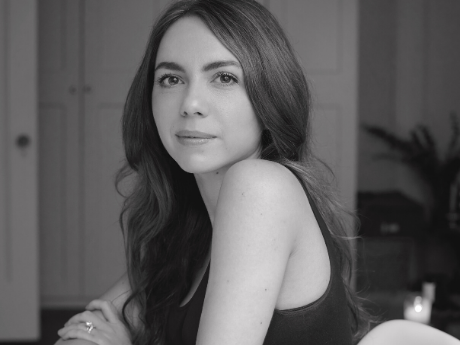 Mine’s Not A Political Heart

All of my childhood fantasies—icescapes
with Alaskan cranes, treasure diving
in the Black Sea—Putin has beat me to them.

He drapes a medal over his shadow
then extradites the dead from purgatory.
I live with this deadweight of humor

and scorn until the humor burns out.
I know my birthmarks aren’t heraldic,
the sunspots transcribed don’t form

a line of sheet music. Blinking, I kill
a group of gnats; I kill only to see clearly.
Give me refuge from that sentence,

From American Faith (Sarabande Books, 2019). Reprinted with the permission of the author. All rights reserved.

This is the opening poem in the collection, and there’s something slightly insincere in its title, a misdirect from what’s to follow.

And yet, I felt this the most earnest way to articulate the sense of genuine unease and puzzlement I feel in considering the careers of certain political figures, the examples their actions set and their corresponding legacies. In this poem specifically, I was thinking of Putin’s egregiously staged cinematic triumphs, which are easy to parody, and the darker truth of what’s suggested by a figure that pursues them. I remembered the film “Fly Away Home,” which came out when I was a child, and which provided an echo to Putin’s botched attempt to guide Siberian white cranes on their migration in 2012. It’s easy to smirk and roll one’s eyes at this stunt and the self-absorption it illustrates. And the temptation to do so, to rely on a sort of familiar irony, comes, I believe, from a place of self-protection. The alternative is disillusionment and fear.

I wanted there to be a palpable tension between the absurd childishness of these stunts, which might indeed be enviable to an average citizen, and the more sinister implications.