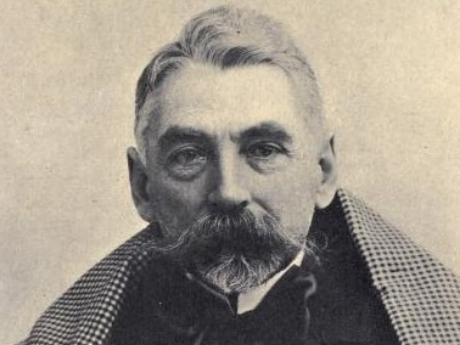 What drew you towards Mallarmé, and this poem in particular?

Jeff Clark: Un Coup de Dés [A Roll of the Dice] has never before been designed and typeset properly. The closest version is the Michel Pierson & Ptyx limited French edition of 2002; this edition, however, slavishly attempts to match the last round of proofs for the never-materialized Vollard edition of 1897, which Mallarmé was correcting at the time of his death. In our edition I've done my best, in the design and setting of the original French version of the poem, to match the typography of those proofs but also improve their typographic infelicities; the result is basically what Mallarmé had approved and was actually seeing and working on, but with tightened and corrected typography. For our English translation, I've designed and set the poem in a manner I feel befits it c. 2015, knowing all we do not only about the poem and Mallarmé's dreams for it, but also about his body of work more generally. I wanted the typographic presentation to be radical and also transparently common; after working obsessively for a couple months with several different families of type, I settled on an extended weight of Helvetica.

What was the experience of going through different versions of this poem? What makes this version different?

Robert Bononno: Interestingly, our overall attitude to the poem was developed fairly early in the process­­­­—that is, I think we both knew what we wanted. However, there were details—individual words or phrases—that eluded us for many months; they just seemed intractable. And the poem "works" on so many levels, it's like trying to solve a three-dimensional puzzle. Of course with a translation, a poem especially, you can go on revising endlessly, and there really is no true end point. I think that's in the nature of translation itself rather than the individual work. It's just that this particular work lends itself to constant reinvestigation, constant reinterpretation, repeated questioning.

As for the difference with earlier versions, of which there are many, I'd say that we made a conscious effort from the start to create a "modern" poem, one that was as modern and contemporary as Mallarmé's French for its time. And by that I mean one that wasn't simply a literal translation of the poem, one that functions purely on the denotational level, where you stick as closely as possible to the author's words without trying too hard to reconceptualize the poem in a different language. We both felt that most of the existing translations were, at best, flat. They gave you an idea of what the poem was like but they weren't poems in their own right. They were too cautious. They didn't sound much like poetry, in spite of their formal qualities, and seemed to have capitulated to the difficulty and complexity of the work without trying to interpret it in any way. The translation needs to stand on its own as a poem, it needs to take a stand. We both felt, perhaps I did more than Jeff, that a more "muscular" version of the poem was needed; one that wasn't afraid to be as bold and original as Mallarmé's French. Not that our version will ever "be" Mallarmé, but I feel it possesses an energy and vitality that was lacking in the extant versions.

Can you explain why you chose to include photographs in the book?

Robert Bononno: Jeff can answer this better than I since it was his choice to include them and they're his photographs. An early edition of the work, to be published by Vollard—this would be 1896, 1897, around there—was going to include lithographs by Odilon Redon, which were vaguely nautical in theme.

I'm delighted with the images Jeff used to accompany the text. I think they get to the heart of the matter both in the level of abstraction they provide and the subject matter. And I think the use of variants works very well, echoing the various moods of the poem and the vagaries of its symbolism—nautical, astral, aerial, abyssal, and always uncertain. Their contemporaneousness works far better with this retranslation of the poem than an early twentieth-century lithograph or engraving ever would; they bring it up to date and I believe they reflect our effort to modernize the poem. I now see them as integral to the poem and its presentation. The images are dark, unflinching; recognizable but also mysterious. Like a symbol whose meaning is somehow familiar but continues to elude us. They're strong images in their own right, rather than subsidiary to the poem.

Jeff Clark: I don't know what Redon and Mallarmé discussed about what would be Redon's visual contribution to the first real edition of Un Coup de Dés, but to my eye the three lithographs are banal and don't belong with the poem. The idea that Mallarmé was open to the idea of the poem being "illustrated" gave me permission to fill some of the transitional spaces of the Wave edition with randomly-lit, burst-mode photographs of black-and-white laserprints.

What part(s) of the book are you most excited for people to see?

Robert Bononno: Well, I'm terribly excited by Jeff's design. And I love the integration of the imagery with the text. It mirrors the dark mystery of Mallarmé's poem; and the use of variants, of similar images, helps reinforce the relationship among the images and between the images and the text. And, of course, the typography is magnificent. I believe this is the first English language printing of the text where Mallarmé's original instructions are followed to the letter. The relationship between the layout of the text—the different font sizes, the use of italic and Roman typefaces, the line indentations, the way the text is spread across and up and down the pages—it all makes for a very complex layout, which most publishers have simply declined to address in this kind of detail. At best, they've provided an approximation. Here we get to see and read the poem as it was originally intended. So, the combination of a strong rendering of the text and the accuracy and beauty of the layout will make this the definitive edition of the work in English, at least for a long time to come. Other versions of the poem will continue to appear, of course, but not many designers or publishers are going to spend this much time and effort to get the entire package right—layout, design, typeface—in one organic presentation. That's very exciting and I think it's a beautiful book and the ideal presentation of this magisterial poem.

Jeff Clark: Though no translation of this poem could ever be considered final, this one is the first that is symphonic in its clarity.