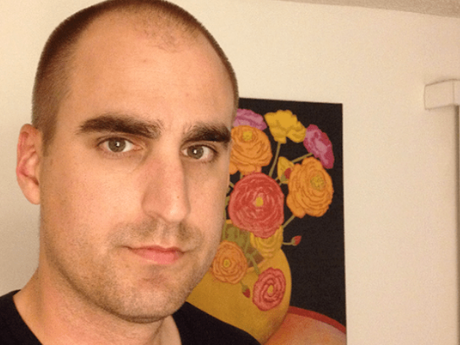 The equinox will end with a snow
storm, eighty percent by ten
in the evening at thirty seven
degrees. Through the night
it will continue to deconstruct
specific colors, all into one,
and by eleven the next
morning there will be
feet to march through.
Even now, the gray
squirrels disappear, the
geese are abruptly gone.
Roots scramble
around their trunks
like some warming
self-embrace against
the ever-dropping air.
Institutions will close,
postponing, perhaps
preventing tragedy
similar to the one
in the news today.


From American Lit (Finishing Line Press, 2020). All rights reserved. Reprinted with the permission of the author.

I saw the best minds of my generation destroyed by madness, starving hysterical naked,
dragging themselves through the negro streets at dawn looking for an angry fix,
angelheaded hipsters burning for the ancient heavenly connection to the starry dynamo
in the machinery of night

Allen Ginsberg wrote his American opus in 1955 and published it in 1956. He appropriately titled it "Howl." It’s title is a clarion call for the counterculture movement of the time, asking people to rally against exploitation, capitalism, and subjugation. Howl is a diatribe against a totalitarianism that dehumanizes and commoditizes human souls for the purpose of perpetuating systemic disenfranchisement. Ginsberg's visceral treatise tears into the fabric of the American soul with wanton abandon, with a claw and murderous intentions toward the beast lurking deep in the American soul; that same beast perhaps can be seen in the hulking orange dysmorphic in the presidency now, a toxic disease that lessens all of us.

Today there is talk of presidential impeachment reaching a fever pitch as the 2020 presidential election shifts into gear. This is—after three years of total national toxicity and international irrelevance, a Muller report, national mainstays of journalism (e.g. New York Times and Washington Post) being transformed into tabloids, American systemic failures and implosions, historic invasion by Putin and the Russians—an American reckoning still unfolding.

Ohio is one of those swing states, a place where the same disaffected who voted for Barack Obama in 2007 are the constituency that voted Donald J. Trump into office. Wordsmith Jacob Minasian is teaching and doing the work of poets in that solstice. He is an adjunct professor of English at Cincinnati State Technical and Community College. His sensibilities are at work in a terrain that is a quintessential battleground between Forgotten America and the one that somehow remembers it can be anything it wants to be. Minasian's American Lit has some of the energy of Ginsberg, it claws at the American soul in the 21st century, paws at it with a curious eye and full red heart. Jacob and I got together a couple summers after we first met and workshopped poems in Recanati, Italy. Here is our exchange.

Jacob, since the Leopardi Conference in Recanati, Italy in the summer of 2018, we have been having a dialogue about this very special period in American life—one of certain tribulations, but even more so refinements and definitions of American values. That's why I am such a fan of your work, American Lit. It is infused with humanity, a high poetry IQ and, most of all, imbued with hope for America's future—a steady gaze at all that we are and will be. What was the inspiration behind this collection?

First of all, thank you for your kind words about my work. That is always a tough question, because there are so many things that can inspire a single poem. In the case of this collection, it was very much about trying to process the complexities of our decisions as a society during and after the 2016 election. My first attempts at writing after the election felt obvious, overt, like I was yelling what everyone else was yelling in almost the exact same way. I knew I had to approach the situation with a more subtle, more effective tone. Everything in our country now seemed tinged with a bleak hue, and I soon realized that all I had to do, all I should do, is record the everyday moments around me through this filter, and the poems would render my emotions for themselves. So that’s what I went about doing, and this recording of things helped me, to some extent, process what was and still is happening in our country.

The poem "American Pasture" exemplifies that rawness of which I speak, ending on the line,"his mother tries to split/ a nickel into a childhood." I see those last lines as a condemnation of the MAGA spirit which has coarsened our national discourse from one of progress, hope and faith, to that of bitterness. Can you offer some insights into the piece and your observations of middle America as not only a poet, but an observer, new husband, and California native?

Yes, this poem was a composite of observations through the daily life of the poem’s speaker. These straightforward observations, whether viewed through the eyes of a poet, an observer, or a husband, all three, put some of the inconsistencies in our country’s morals on display. These moments the speaker observes speak to their own violence. A violence that is not always thought about, but once brought into focus, even in the slightest way, can evoke disturbing realizations. There is a line you can draw through the observations in this poem, and see how each inconsistency connects to another.

In "Stopwatch" your line breaks are unreal. The pacing, rhythm and cadence has me thinking of the word, onomatopoeia. For example:

Take immediate cover, don’t
wait, this is not exercise.

Bang! "Stopwatch" deals with the threat of war with North Korea, the tragic take on immigration, the crass capitalism of our current American moment, and the California fires:

torrid mountain on
streams burns
the closest to imagining hell.

Do you see an explicit relationship between the American and global political state and some of the unfortunate natural disasters?

I do, and I hope this comes through in this poem. Things are developing in some very wrong ways in the world right now, in ways that threaten the planet we depend on, and our humanity itself. Communities, countries, continents, and ecosystems. The decisions we are making, the people we are choosing to represent us and make decisions on our behalf, are putting these things, the fabric of our existence, in danger.

You have an Armenian bloodline. The Armenian genocide was the ruthless slaughter of millions of Armenians by the Turks of the Ottoman Empire. Your Grandpa came on a boat to the United States and was given a choice on that journey as to whether his son, your grandfather would be a Armenian Citizen or American citizen. Great grandpa chose Armenian citizen. How does your ethnic heritage, this particular history inform your poetry, sensibilities and outlook as a citizen and poet?

I am immensely proud of my Armenian heritage, as was my great grandfather, evidenced by that story. I think it is beyond words how important it is that these atrocities committed against the Armenian people are recognized as what they were, a genocide. I didn’t learn about the Armenian genocide until I was in high school, my history teacher telling me about it before class one day. I remember thinking, why have I not heard about this until now? Why have I not been taught about this in school? That is why the Armenian Genocide Resolution is so very important, and why it is so significant that this resolution was just passed in the House of Representatives. As a poet, this issue is a reminder of how crucial it is for artists to record the world around them, that events like these should not be allowed to be ignored, forcibly repressed, or forgotten, not be allowed to disintegrate into the lost chapters of humankind, or they will inevitably be repeated. As a citizen, it is a reminder of the responsibilities we all carry on our shoulders - to truth, to our cultures and communities, and to individual thought and action.

In our workshops we wrote poetry, analyzed art, shared, critiqued and enjoyed a small tribe in the quaint Italian village of Recanati. We enjoyed the brilliant work of our classmates. Based upon some of the very special work that we did in that group, we see Pushcart nominations, books, publications in literary journals, and the continued camaraderie of a very diverse group of poets, contributors and thinkers. How do you think the diversity of that group has contributed to our aspirations and outcomes?

The diversity of the minds and talent in that group of artists was truly inspiring. The location of the conference itself, the rolling hills and Adriatic horizons, the stone streets and bell-pierced towers of the seaside, hilltop town of Recanati, was just simply breathtaking. I actually wrote one of the poems from my chapbook while sitting at a small table by my hotel window, looking out at the land and historic profile of the town―a poem I also workshopped, along with a few other poems that ended up in my chapbook. It was an amazing experience, and I can’t speak highly enough of the workshop leaders, staff, and fellow participants in that conference.