Home > Features > Interviews > In the Midst of All This Magic: An Interview with jubilat’s Caryl Pagel 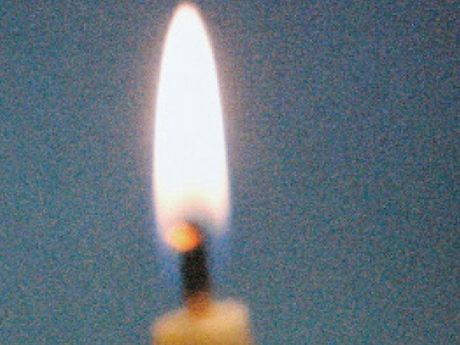 Earlier this fall, the biannual literary journal jubilat announced on social media that after two decades of publishing, the release of its next two issues will conclude its run. The journal, which was founded by Rob Casper, Christian Hawkey, Michael Teig, and Kelly LeFave, and which is currently powered by Dara Wier, Emily Pettit, and Caryl Pagel, has brought nearly 40 issues of poems, reprints, found pieces, prose, lists, visual art, comics, and interviews to readers across the country since 2000. jubilat has also sponsored an annual chapbook contest for undergraduate poets and hosted the jubilat/Jones Reading Series at the Jones Library of Amherst, Massachusetts. I interviewed jubilat co-editor Caryl Pagel over email to learn more about the decision to wind down the journal, the challenges of independent publishing, and what’s next for the jubilat team.

“Twenty years is the perfect length of a love letter,” you’ve told me about the editors’ decision to conclude jubilat. Was twenty years always the plan, and if so, why twenty?

Caryl Pagel: Twenty years is a very long love letter; it is really a lot of love. There was no official plan, but the timing felt right this year. The editors and staff of jubilat have been lucky to live in this dream for so long; we have read thousands of poems and thought about thousands of poems and gone back and reread and edited and celebrated and contextualized and complemented and surprised those poems with drawings and lists and found text and forgotten scraps of wonder. The poems in jubilat have brought us closer to their authors and each other and to our own imaginations and we are glad that they have been some of the material of the literary universe’s consciousness for the last two decades. It has been a site of something special and now we will anticipate and support with delight new journals popping up afresh with their own perspectives and adventures: “For the phenomenon of dreaming is not of one solution, but many,” wrote Christopher Smart in “The Jubilate Agnos,” the bizarre epic poem that, in part, provoked jubilat’s existence.

It must have been a difficult decision for you all to end something you love. Was there a collective moment when the editors knew it was jubilat’s time? What was that first conversation like?

Caryl Pagel: I think jubilat’s ending is a perfect reminder that anything can begin at any time. jubilat was once a mere hypothetical synthesis of marvels in the minds of Rob Casper, Christian Hawkey, Kelly Le Fave, and Michael Teig, all poets in the University of Massachusetts Amherst MFA for Poets and Writers at the time. Then they made the journal; they just did it. They enacted a specific vision that was eventually shared and passed around and changed and made to repeatedly attempt to respond to the contemporary poetic moment with additional provocations and interruptions by other art forms, ephemera, and experimental literary evidence. As with most small press, independent, or poetry publishing endeavors, jubilat has been an ongoing exchange of ideas between an ever-shifting group of interested people and the greatest tribute would be to continue that exchange in one form or another. It is okay for beautiful things to come and go, the current editors agreed. No party lasts forever. There’s always next weekend.

jubilat has certainly been a center for experimentation, creativity, and community over the last twenty years. Level with me for a moment: Do you have any fears about ending it?

Caryl Pagel: After the year we’ve had it’s hard to think of new fears. I’ll miss talking about poetry in an exciting way with Emily Pettit, Dara Wier, and Kevin González (who co-edited during my first few years). I’ll miss thinking about poems that the staff loved. I’ll miss receiving crisp new copies in the mail, lending one to a friend or student. I’ll miss the kaleidoscopic mix of art and poetry and archive and interview content. I do hope that new journals or centers or sites spring up in its wake. I find myself greedy, as a reader, for more comprehensive (and messy) conversations about creativity and experimentation, more innovative forms for sharing art and literature. Let’s do that next?

What kinds of roles do you believe independent literary journals play in the greater literary ecosystem? Why do we feel so much tenderness for them?

Caryl Pagel: Independent journals—and presses, organizations, reading series, etc.—are vital, energizing sites of possibility. So often they arise from the intelligence or desire or passion of just a few people who set out to make something sturdy enough to bring others in; a literary journal is a room for a community, however specific or general. It is a gathering, important in its ability to put multiple works or aesthetics or voices in proximity to each other to create a roving, various din.

Indie publishers at their best, I believe, attempt to retain a mighty vulnerability, an intimacy with their authors’ thinking, and a tender respect for their readership. Indie publishing prioritizes collaboration and sees literature as something responsive and idiosyncratic and defiant. In indie publishing, we can really get to know each other, for better or worse. We can follow an editor or writer’s ideas through decades, as jubilat has done. Many of the poets in our final issue have been published by jubilat before—what a gift to have experienced the art and language they created as a way of getting by.

Apart from the obvious—buying, reading, and recommending literary journals and small press books—what kind of support would you like to see indie lit receive?

In the midst of all this magic I think there is the need for more archiving and interviewing and reporting and documenting of small press and independent publishing processes and communities, which have supported so much of the most profound and innovative writing of any given decade in America’s literary history and are too often thought of as incidental or minor or casual or secondary when they are in fact the serious and primary sites of many of our writing and reading lives. We are lucky to learn from those who have led these variously meaningful experiments in independent or small press or poetry publishing; those who create a wake of creative connections wherever they go. In this regard, I’m grateful for the example of Dara Wier and Emily Pettit’s work—their teaching, writing, involvement with jubilat and Juniper and Flying Object and the jubilat/Jones reading series and Factory Hollow and so much of the energy of the Western Mass literary community. Part of the gift of working on jubilat for me these past ten years or so was learning from their instincts which are usually to intensify and involve and embrace and occupy artistic spaces that have the potential for further imaginative action. It is also good news that the archives of jubilat will be held in the UMass Dubois Library Special Collections, and that so many of the issues are still available online and in libraries across the country.

As an editor, what do you wish you knew before getting involved with jubilat? Do you have any words of advice for fellow editors and publishers?

Caryl Pagel: The best editors and publishers read a lot, they read everything they can get their hands on all of the time. From the outside it might look like this work has more beginnings and endings, but really it’s very process-oriented, ongoing. Just because a poem or journal or book is published, that doesn’t mean an editor stops thinking about or engaging with its impact. Writing creates discourse and tension and heat wherever it goes, even if it’s fleeting or only in the minds of a few people. The work I’ve done in publishing—at jubilat and as someone who works with small presses—is a record of a small strain of what I’ve been lucky to appreciate in my reading life. A good editor, I think, is someone who lives in the world(s) of books, who can try to be what their authors need—a guide, critic, enthusiast, tinkerer, collaborator, etc.—because of their dedication to reading’s experiences and consequences.

It seems as though many new literary journals are establishing themselves online from the get-go, with print journals increasingly shifting more toward that format. Although jubilat’s archive is online, it is published first in print. What do you see as the advantages and disadvantages of print? of digital?

Caryl Pagel: Print has felt important to jubilat’s mission of including marginalia, lists, comics, etc. We’ve been a physically minded journal that slowly, gladly learned to showcase those interests in a digital space via archives, indexes, and video projects. Digital journals are less expensive, more accessible, and endlessly retrievable. Print journals can be lent to a friend, dog-eared, kept on a shelf. They can get lost or wet.

In 2016, the Poetry Society of America ran an interview with Dara Wier, jubilat’s executive editor and publisher, on the journal’s “special (emergency) issue of poems” following the presidential election. It’s been a wild ride since, and feels timely to check in with jubilat four years and another presidential election later. Are you turning to poems right now, and if so, which poems and why?

Caryl Pagel: I look most days to see if Lauren Haldeman’s drawn a new pandemic comic (some of which will appear in the final issues of jubilat). Over the last four years I’ve also thought many times of Emily Hunt’s “Native of Heaven,” Randall Mann’s “True Blue,” and Sandra Lim’s “Endings,” all of which feel meaningful to my experience of being alive in 2020, all beautiful and haunting.

What’s next for the editors?

Rachelle Toarmino is an MFA candidate in poetry at UMass Amherst and the assistant managing editor of jubilat. She is also the founding editor in chief of Peach Mag and the author of the poetry collection That Ex. 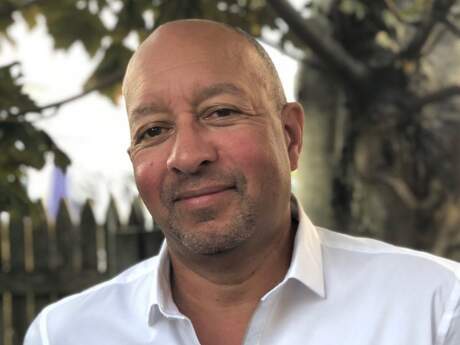