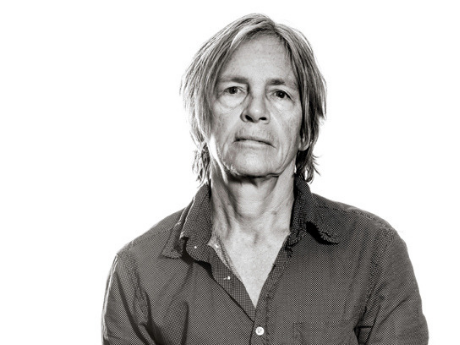 So, right on the cover, Inferno declares itself (A Poet's Novel). How did you decide to classify the book—in which questions of identity are central—in this way, and what does it mean to you?

I wanted to mess with the term novel, to suggest a vagueness, an amateur quality. Amateur which suggests homemade, authentic. I like that, of course. I also thought of all the evocations the word poet has—it's so rich and problematic I wanted the word poet to be in the title too. A publisher who was going to publish the book initially but then we parted ways liked the possibility of the word poet being crossed out on the cover—because of his fear that poet was not a marketable word. So when I arrived with the publisher who finally did the book I decided to affirm the word utterly. It was what I meant—poet in all its furriness.

One concern of the narrator in Inferno is audience—who is hearing what this young writer has to say. Is there a different audience for a poet's novel than a novelist's novel, or a poet's poems? And does this difference come from the structure of the thing, or the way it identifies itself?

I don't know but I do know that a title is a form of categorization so by using the word the audience would be self selecting. If they thought ugh when they saw the term poet's novel then they wouldn't read it which was fine with me. It's an active mechanism, calling it that. And yes of course someone else would want to read a poet's poems. And if they like a novel better then they get this. I am fascinated by novels about poets and have read as many of them as I can find. Halldor Laxness's World Light is one of my favorites.

I would say that, for me, this novel seemed to begin with a clear realization and spend the rest of its pages wandering in search of regaining that clarity.

I just don't agree at all. I think the book always knows what it is. Revelation, new discovery, lust, etc., isn't the only kind of clarity. I write with so much force I think about the poet's life. It's not all the same high at all, but clarity is about seeing where you are, not a type of experience.

How does this compare to the trajectories your poems take, recently?

My poems take less space to do their job. A novel gets to explore as many positions as it wants. That variety would kill a poem unless it was a long one. My novel is my long poem, too.

"The place I found was carved out of sadness and sex and to write a poem there you merely needed to gather. There would be days in which feelings were so externalized that you just behaved like a painter a kid with deep pockets, bringing the lavender home. The poem was a grid—that swayed and moving through it you just picked up things and hung them on the grid all the while singing your broken heart out."

And, "the poet approaches the explanation through form, she invents one that is most economically true to how reality occurred to her at that time. So. I came to understand that I was now explaining the world to a sad child."

And then, "The feeling of these new poems wasn't anything like the sad fog of the past. It was bright white and it had the power of memory and I cut scenes like a filmmaker so that in one I saw a character much like myself pacing a winter room…"

I think the quotes you've used can't be also used by me to explain my writing process. They aren't theory, they are practice and I won't hold them to the job of explanation. They are performances of writing so if they say anything about my process I can't improve on them. I think they answer your question a little, if you let them.

Writing a novel takes longer. You live with it, it affects your life in vast long shifts. You can write tremendous amounts and need to throw it away. A hundred pages or so. A poem is a much quicker transition. Though it can die on the vine or be hidden for ten years. But a novel needs to get fit in with other parts of itself. I think of a word I've heard in reference to poetry—its segmentality. A novel lives and dies with something like that. The middle is rough. The hardest I think. I've never thought of a poem as having a middle at all.

Last but not least, will you write another?

Will I write another poem or novel? Poems, already have. I'm working on a memoir now that I think is really a novel or frankly I don't care about the difference—only that I don't like the word memoir generally yet I'm using it for this new book, Afterglow, which is about the afterlife of a dog and I'm particularly enjoying the process of slaughtering the form (memoir) by a swinging a dead dog I loved around my head.

I guess that sounds nuts, but it's in response to a great book I've been reading today, Daniel Borzutsky's The Book of Interfering Bodies which I love and is so excessive and I'm really affected by today since I'm up at Columbia in our shared office about to go "teach" it.