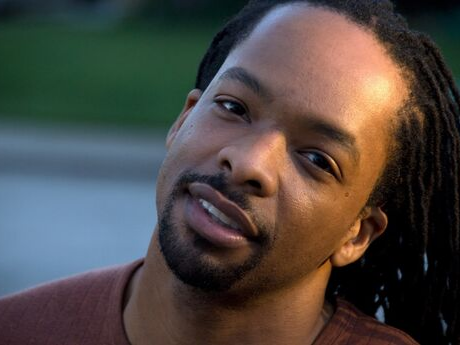 I wish you tamed. I wish what you fear—
A night alone in the forest.

A father who leaves you there. I wish you
Were ten years old again. And in love

In the field. A lump in your chest. A doctor
Who won't touch it. I wish you'd live forever

Who made them. I wish you would
Sniff a man. I wish his whip

Sharper than fangs. I wish you could know
How bite-less I feel, the mouth

I don't close, his head in my throat.


From Please (New Issues, 2009). Reprinted with the permission of the author. All rights reserved.

I strive to be clear—not obvious. I am neither afraid of nor married to difficulty or accessibility. I mean to write poems that are felt before they are understood. Of course, anyone who reads or hears my poems can tell that I have an investment in story and folklore, particularly as they are understood in the African American literary tradition, but no matter how obvious the narrative, I have never thought that knowing exactly what is going on in a poem makes it attractive.

I think of writing, first, as a process of listening to some series of sounds that enter my mind and, second, as a process of embodying those sounds. I try and leave as much as I can to instinct, intuition, and reflex—even in the final stages of revision. Because I'm so interested in both music and voice, I find myself trying to figure the personality of the sounds as I am composing. At some point in the writing of a first draft, I start to take on the characteristics of the voice asking to be channeled through words that convey what I think of as a necessary mixture of the sacred and the profane, the ironic and the ecstatic. An example of this might be something as simple as punching the computer if the voice is pissed to the point of violence.

I hardly feel that I have any control or power over the "story" that begins to emerge from a poem while composing it. I do my best writing when I am most vulnerable to the writing, when I allow for the construction of images and lines that, in the midst of composing, frighten me.