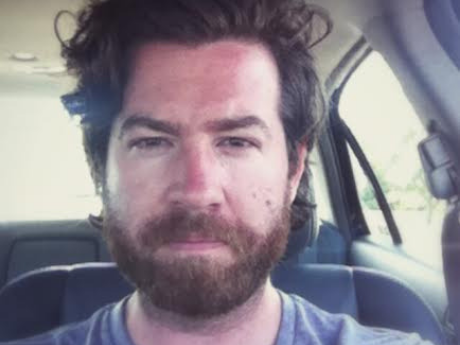 these woods
are reversible

as a need
is no evidence
of absence

these are parasites
hidden in

every ear
every chicken heart
a tendency to keep
going round

we are very rarely
at the beginning
of something

if we are home
it is by accident

Introduction to the work of Brian Foley
Dan Chelotti

Brian Foley writes "In decision lives / a grenade." A line is a kind of decision. 'In decision' begs to be read as 'indecision' and thus my mind fights with the line, rewrites the line, and constructs the grenade. And then the line break comes and I am forced to pull the pin and read on. The poems in Foley's first collection, The Constitution, seem to undo themselves in order to form themselves. In their best moments, I feel as if I am writing the poems as they are being written, or at least witnessing their revelation. This is live poetry. As the collection progresses, and amendment after amendment keeps trying to comfort the state of self, I do not want the collection to end. In the final poem Foley writes 'we are very rarely / at the beginning / of something.' This book is a testament to that which we so want to hold onto and that which is forever escaping us - time. I have already read this book many times, and I will read it many more.

Lately, I feel I'm writing toward my own version of a Protestant book; that I've been writing with a language that lives in protest to a performance of determinations, yet chained to the idea that that performance is necessary and determinations inevitable. This contradiction, which is a tradition, both breaks and is my heart.

I write intoxicated by doubt; the doubt that we've already been written by those things we run into the world with or that the world reeks upon us; that our language is born inadequate and only perseveres a release after a bright scrutiny's been made of it; that we should feel the ambience of shame without knowing the responsibility of what causes it.

Doubt is the grammar of progress. I consider it a common language, the language coded in the American Experiment that persists flagrantly plain and profitable even today. The subject of being wrong, of amending, of shifts, creates a path bought with the labor of doubt. This path is what the poem essentially is – movement - both toward and away from, the subject of the I, and the shame of it.

We live in an age that says change. How we are to get there and what it looks is a question whose answer is homeless. I believe it lives in a language we do not yet know. A poem is an event where we may engage the shame of not knowing. It is a place unlike any other.