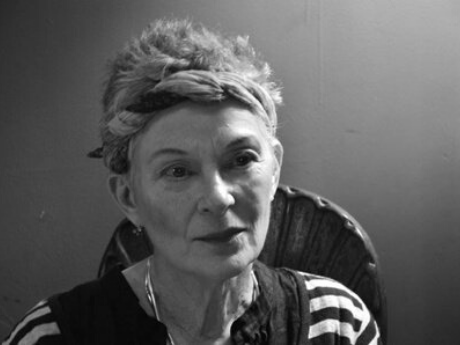 "Lists," the novelist Don DeLillo remarked, "are a form of cultural hysteria." But the answer to the question, "What's American About American Form?" keeps wanting to formulate itself as a list of examples, names of persons whose work represents the unique experiment which America still is. I wanted the list to show a poetics of American invention; I wanted a list that would show the relation between necessity and innovation; to be one of persons who understood the idea of form as quintessentially the idea of transformation. But lists are pernicious. They are always exclusionary; they lead to canons, hierarchies, rules rather than exceptions. So I asked my students at Bard College what their answer to the question would be. One young man said, rather grimly, "manifest destiny." "What do you mean by that?" I asked.

"The right to expansion," he said. The students are darkly cynical about American hegemony. I asked him how he thought the idea of expansion, however repugnant politically, might translate itself positively into form. He wasn't sure. I suggested it might be about variation within extension, in which the local, the particular, the radiant detail was picked out. I suggested that the American notion of possibility was founded on an ideal of mobility and transition.

The experiment is always between, like a hinge, a preposition. "So much depends. . .," William Carlos Williams wrote, finding image in the structural relation between things. Recently, I was introduced as an "experimental poet." The word was uttered with disdain; I was damned with the faintest of praise. In the world of poetry, to be experimental is often taken to mean you have an aversion to form rather than an aversion to conformity. I began to give up the use of classical syntax, the logic of cause and effect, of an assumed relation between subject and object, after my sister died. The narrative as story had been ruptured once and for all; I wanted the gaps to show. When the gaps began to show, a new sense of possibility came forward in which mobile units were suspended in time and space. In the new syntactical dispensation, hinges or places of contact became an important location of meaning, as in musical composition and in much abstract art; meaning itself seemed to be the occasion of contingency. I began to perceive that the fragments among which we live are cause for celebration rather than lament.

This is important to me because I think it's a different idea of the fragment than the Modernist idea. In the Modernist idea the fragment was really about the lament for the lost whole narrative, the historical narrative. So at the very end of The Cantos when Pound says, "I cannot make it cohere," it's a crucial moment for him because it's a moment where he understands a new nature of the fragment. A fragment is a discrete whole, a gesture that offers vitality and variety, multiple perspective and disparate vocabularies not bound to predicates of sense. These fragments might lead to clusters, to molecular structure collaborations, artifacts and institutions which retain within their matrices both curiosity and flexibility. Such mobile clusters would deliberately upbraid categories including the one which distinguishes tradition from innovation.

This little notion I have about the fragment as a structural idea—it's really exactly about the possibility that in any given day, something goes on. This is going on right now; we're all having this little moment in our narratives—and if one conceives of the moment having in itself a kind of actuality independent of what comes before or after it, the moment then becomes the luminous detail, because we can actually pay total attention to what's happening here. I mean, we can look at each other and the empathic thing can take place, but if I'm on my way somewhere else all the time, and I'm making my story go from here to there—then I never know where I really am in terms of the now.