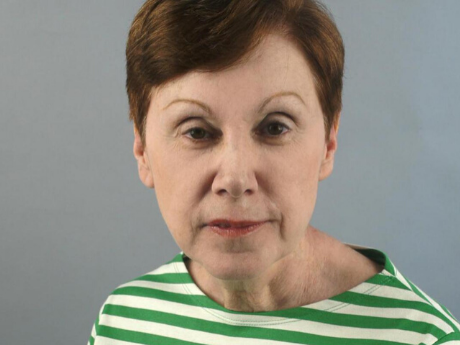 I would never have thought to describe my poetry as "American." And my first reaction to doing so, even as a speculative exercise, is resistance. I could point out my interest in French and Spanish Surrealism, in German Romanticism. I could say that America does so little to support poets (either financially or spiritually) that it has no business trying to claim them. I could say that, like most poets, I believe writing should transcend geographical borders and cultural limitations rather than reinforce them. I could say all those things, but in doing so, I'd probably become aware of my own particular Midwestern accent. So that gradually, I'd begin to see, as well as hear, how inescapable certain influences are.

The most obvious connection I feel between myself and America is to its literary tradition. One can't grow up regularly eating food produced in certain soil, with a certain mineral content, and not absorb part of it. As an American poet, my literary parents are clearly Emily Dickinson and Walt Whitman, those two titans poised at the edge of the century. Both stubborn. Both idiosyncratic. Both so passionate, yet strangely chaste. And most impressive (at least to me), both almost caricatures of gender stereotypes. As a young reader, I was always amazed at how strictly each occupied their particular domain without interference from the other. There was the home, or smaller still, the room versus the open road.

Of course, Emily Dickinson and Walt Whitman did not create this division of social space; they merely reflected it. But they did it so well, that to me, it's always seemed part of the actual process of writing to be able to carve out a palce or niche for yourself. Both my parents came to America from Italy in the 1920's, bringing with them very specific and old-fashioned ideas about what is acceptable behavior for men and for women. My whole life I've been acutely aware of these boundaries and struggled with crossing them. How appropriate then, to find them inscribed at the beginning of my heritage as a writer as well.

Another division I feel strongly aware of in my writing is the clash between high and low—or plain speech versus artifice. The lower class, or more populist impulse, claims authenticity (reality) for itself, while the upper class gets to party with the imagination in all its exotic plumage. Although this separation plays itself out in any number of writers, it seems clearest and easiest to grasp in the seemingly opposite styles of William Carlos Williams and Wallace Stevens.

Again, this is a dynamic I saw in my own home where there was often tension between wanting to achieve something, yet not wanting to appear to be "putting on airs" or trying to be something you weren't. At different times, in different moods, I loved both Stevens and Williams. And in both my life and my poems, I've always tried to resist these choices between public and private, abstract and concrete, personal and political. Like every good American (perhaps the way in which I am most American) I thought why not have it all?

Other writers (in no particular order) I consider part of my extended family whose squabbles and solutions I share: Lorine Niedecker, Louis Zukofsky, Robert Duncan, Jack Spicer, Frank O'Hara, Robert Creeley, John Ashbery and Barbara Guest. The list goes on and on.

And that's only the poets, not counting novelists or any of the other stars who really influence me: singers and actors. I do write a great deal about popular culture, about the media and consumerism, because that is my landscape—tabloids, malls, ads and the particular anxieties they create.

Even if I wanted to avoid talking about these things, I'm not sure I'd be able to. As I mentioned earlier, my parents were both immigrants, and to them, America was a sort of giant department store—a place where one came to get, as well as spend, money. Buy. Sell. Own. What could be more Ameircan than that?

Today, I might add apathy, cynicism, a kind of perky despair—mood swings between feeling totally alienated and unbelievably blessed. All of these qualities, I find particularly "American" and am able to put to work in my work.