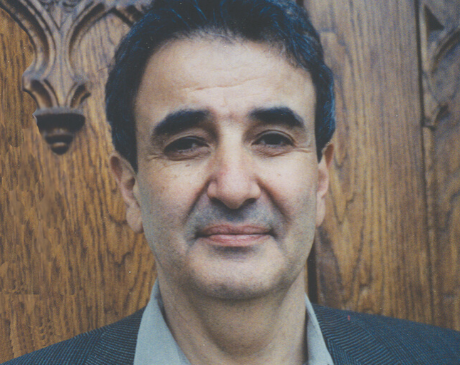 What is American about my poetry is that it's written in the American language. I think Ezra Pound was correct when he said that English, for an American, is a foreign language.

I consider myself in the tradition of American poets who have written not only out of the American tradition, but out of traditions other than our own.

What is American about American poetry is the American language, whatever it may be, as experienced in the poem.

Every poet, in every poem, in any language, at any time, generates a poetics. Today, April 22, 1998, I think of something Louis Zukofsky said, that the "test of poetry is the range of pleasure it affords as sight, sound, and intellection." If we, as poets, identify ourselves as American in any way, what we see, hear, and think in our poems has something—maybe a lot—to do with America.

Place, in a poem, must be, in some sense, metaphorical.

Any part of a culture can be part of an American poem.

Stein? Here are the final words of her last book, Brewsie and Willie, an epilogue entitled "To Americans":

"G.I.s and G.I.s and G.I.s and they have made me come all over patriotic. I was always patriotic, I was always in my way a Civil War veteran, but in between, there were other things, but now there are no other things. And I am sure that this particular moment in our history is more important than anything since the Civil War. We are there where we have to fight a spiritual pioneer fight or we will go poor as England and other industrial countries have gone poor, and don't think that communism or socialism will save you, you just have to find a new way, you have to find out how you can go ahead without running away with yourselves, you have to learn to produce without exhausting your country's wealth, you have to learn to be individual and not just mass job workers, you have to get courage enough to know what you feel and not just all be yes or no men, but if you really learn to express complication, go easy and if you can't go easy go easy as you can. Remember the Depression, don't be afraid to look it in the face and find out the reason why, looks facts in the face, not just what they all say, the leaders, but every darn one of you so that a government by the people for the people shall not perish from the face of the earth, it won't, somebody else will do it if we lie down on the job, but of all things don't stop, find out the reason why of the Depression, find it out each and every one of you and then look the facts in the face. We are Americans."

If I know the language a poem is written in, then my interest in it, as a poem, is necessarily, limited.

It depends on the poem.

Poets' politics, like everyone else's. A poem, if commodified, like all forms of commodified language, include politics at some critical level. Politics are as much a part of a poem as any other part, but not any more so.

What would have been the predictions for American poetry at the beginning of the twentieth century?