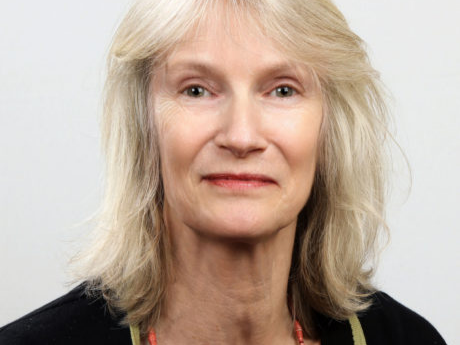 My own eclectic tradition owes a good deal to Greek, Latin, and English poetry as well as American, so no, I don't think of my sources as chiefly American.

I do think there is probably something "distinctly American about past and contemporary American poetry," but I would be very hard-pressed to define or identify it. I think of informality, of a quirky personal voice, but I can also think of exceptions to that, or examples in other countries (English-speaking or not.)

What "historic poets" (odd phrase) do I consider most responsible for generating distinctly American poetics? Whitman comes to mind, followed by Dickinson: oddballs of genius. Whitman fits better into the camerado-like inclusiveness that our society feels it has to aspire toward of late, and has also probably influenced more people stylistically, since his poems look easier to write than hers. Closer to the present, Williams and Plath, to name two poets, have had many followers. Do they count as "historic"?

Eliot and Pound aren't fashionable now, at least Pound isn't, and besides, their influence may have been international rather than predominantly American; but I'd name them nonetheless

Popular culture is less important in my work than in the work of about 90% of American poets now at work, I'd estimate. In general, it undoubtedly plays an important role in American poetry—in fact most of the good poets now at work that I can think of, though not all. It plays a role in anthologists' and textbook editors' choices too: pop culture is thought to make poetry less remote, more welcoming and palatable. Does the resulting spate of publications in turn encourage more pop culture saturated poetry? Maybe. Maybe not.

No, I am not interested in poetry written in America but not in English. Or not interested in this poet's work as American; perhaps as Spanish, Chinese, Greek, or whatever, poetry is nothing if it isn't language.

(from the previous question cont'd): Hence...I'd first ask how well s/he writes in English—and why, if English is not the poet's native language, she or he would write in it. This is all extremely hypothetical and non-literary.

Gender, sexual preference, ethnicity...PLEASE! I look forward to the day when this question will be recognized as a curiosity specific to the 90's. The tendency of identity politics behind it is perniciously unliterary.

Thinking of the next century, one facilely referes to the Internet. Other than the foreseeable but to me still not quite imaginable consequences of technology, one of two things will happen to American poetry: either present trends toward Balkanization, diversification, identity politics, and so on will continue and intensify; or else the pendulum will swing in the opposite direction and people will refuse to be categorized by race, class, region, sexual preference, and other such markers about as literary as blood types. The success of poets like Carl Phillips might indicate that the latter is already starting to happen, that the census-taking approach to poetics is just too dreary; but government funding and textbooks, to name just two institutional forces, are always grinding along way behind the actual writers. Anyway, both halves of my prediction will probably come true, in a fractured and scattershot way.

The questions in the PSA questionnaire are strongly reminiscent of a shorter set I recently received from the periodical American Literary History for a special issue on American writing in 1999...They weren't easy to answer, and your questions seem even more difficult. Let me quote a paragraph's worth of what I wrote to the "Situation" folks explaining what I found hard about their (and your) questions, and then try to answer a few of them.

Both [PSA's and ALH's sets of questions] are difficult to tackle for at least two reasons. First, they ask me (or any writer) to air assumptions, identifications, or attitudes which might otherwise, even in this day of segmenting and labeling, have remained comfortably invisible or transparent. They demand not only that I look hard in the mirror but that I place myself on a vast map—both disconcerting exercises. Secondly, and more seriously, I sense...that some of the questions are unliterary in nature. They have much more to do with placing oneself in a particular group or tradition or (a word I've come to dislike) community than they do with the lonely, sometimes monotonous, sometimes ecstatic struggle to get on with writing.

This paragraph, by the way, might serve as an answer of sorts to your question about the consequences of political correctness for American poetry. These consequences are, as it were, already with us in many of your other questions as well, all of which gently push at the idea of a large map of America on which one is self-consciously situated. The word I feel constrained to use is "diversity," a perfectly reasonable way to describe both America as a place and its many poetries, but less reasonable when one is being asked to see oneself as a chip in a mosaic or a statistic in a report.