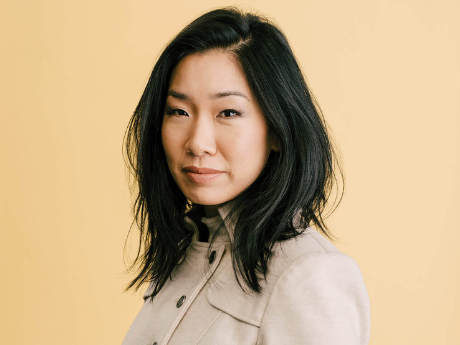 When I was a young girl, being American was simple as I stood at school assembly dressed in my fine polyester, the American flag before me, and with hand on heart, I recited the Pledge of Allegiance. I thought little of what the words meant and thought little of the fact that it was a contract, a document between self and country, and also between self and language. Many years later, we are a decade into a new century. Buildings have collapsed, lives lost, wars begun and unfinished, livelihood and economy in a state of vulnerability and unrest, and the label "American" has often been used to justify our call to action. Words and their weight mean more than they ever have in our history. Everything, even life itself, rests now on the power of the word. Just uttering the following words brings to mind feelings ranging from compassion to frustration to rage: Katrina, Axis of Evil, Guantanamo Bay, Darfur, Haiti. In the past decade, words have become empires. Rising and falling.

When pondering my identity as an American poet, it is more difficult than ever to place geographic restrictions on my influences and aesthetics. I do and have always found inspiration, solace, camaraderie in poets such as Federico Garcia Lorca, Nazim Hikmet, Pablo Neruda, Mahmoud Darwish, Agha Shahid Ali, Bei Dao, poets who have pledged their allegiance to their country while questioning the forces that governed them and I must note that none of these poets are American. With the exception of one poet (Ali), none of these poets composed their poems in English. Reading their poetry, I was convinced that language was a risk of one's life both literally and metaphorically. Their poems held daring, danger, threat. A word could be a rusty knife, loaded gun, scythe, billy club, bomb. In a time when my sense of country was tied to a fractured identity, I felt momentarily stitched together by their longing, pleas, and concerns. On and off the page they dared to live and, with that, I felt allegiance.

After September 11th, 2001, at the beginning of a new century, we are forced to acknowledge that we share this world with other nations. Perhaps to acknowledge an American Poetry is to acknowledge the most human and fragile self living in and among a global community. The idea of the porous nature of boundaries (geographic, cultural, metaphoric) evades and invades my imagination. In short, I am not alone in the word.

I have come to believe that poetry is built on soil. It lives and breathes. If America has been startled awake in the realization that it is not excluded from harm, damage, and decline, then perhaps the next century will usher in an awakening, slow rising, rebirth. The culture of complex change. The culture of sweet construction. The culture of survival. This is what I envision as the new American poetry.