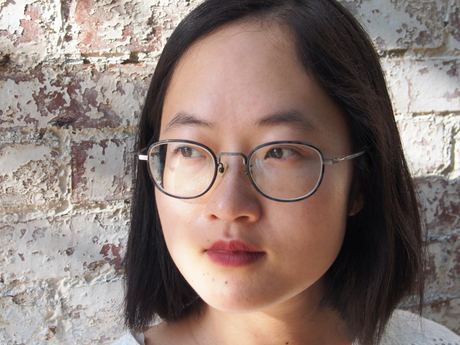 Memory in a Foreign Language

I don’t remember yet

Reprinted from Border Vista (Persea Books, 2022). All rights reserved. Reprinted with the permission of the author.

On “Memory in a Foreign Language”

I’m fascinated by the relationship between language and memory, and my poems are sometimes ways for me to puzzle through the relationship between the two. I was brought to the US when I was almost nine, and I knew about as many words of English. But, being a kid, and the kid of an English teacher especially, I quickly became fluent. After a few years, I’d all but forgotten Chinese. Along with my first language, I severed my past self and her life from my new one willingly, eagerly, like an extraneous and embarrassing appendage I alone possessed.

It is apparently common for childhood learners of a second language to pass through a silent period. From this time between languages, I have almost no memories, least of all about myself. Inside my brain, a black hole opened, into which entire years silently vanished. In this poem, English is the future, freeing and overwhelming. It carries meaning even before the speaker can understand it. It speaks of hardship even as it functions as social, cultural capital. At the end of the poem, we see the hole created by the disowning of language and the reticence of memory.

What is it now, to recall experiences from that other language and life, to distill them and access them in English? Writing of childhood, I feel as though I’m creating memories, writing the past one scene or line at a time. More than remastering, it feels like an act of ghostly ventriloquism, or like archeological interpretations of compromised artifacts. Whatever it is, it is the only way, until I am fluent again in Chinese, to remember my life.