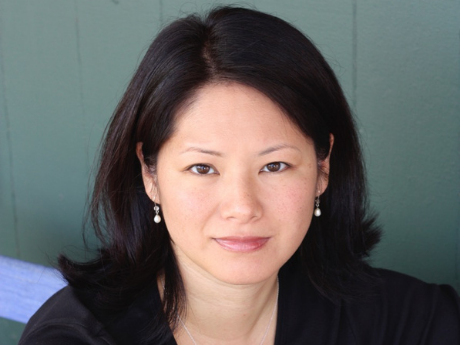 After the war, there was just enough room to start over. How easy it would have been for Julia to disappear, a corporeal reminder of what can happen to any modern marriage. She could vanish—an apparition, a wisp of thought, a question mark. He might doubt she ever existed at all. It’s not the money. Both Julia and the other wife work, manage their own expenses, their separate houses, their children, their desolation. They live parallel lives that cross at a single point—him. Julia accepts her fate, she does not leave. Her few friends question her judgment. Why suffer? You can take care of yourself. Go while you’re still young! Julia does not expect them to under­stand. Her life has been built this way, there is no tearing it down now. They have all been through so much, why not make it for­ever? They could stay tied together in the afterlife—three plots, three souls (make that four—don’t forget the village wife). Com­pany for eternity, one big happy family.

What do we do when our lineage is shrouded in secrecy? My grandfather was a kind man whose life was complicated by the fact that he had an affair with his secretary, Julia, while married to my grandmother. It was wartime in China, and he had been separated from my grandmother and their children for several years. After the war ended and both families had fled to Taiwan, he maintained two households even though he was a Christian man for whom polygamy was unacceptable. I knew very little about the details surrounding these relationships, growing up with conflicting stories and half truths about how I was related to my half-uncle and cousins.

My collection of poems, Other Small Histories, is an imagined chronicle of these women’s lives and the secret history they held in their bodies, which I believed was passed on to me. Many years later, my grandfather’s relationship with Julia would end in tragedy, but even then, it would be decades before I would learn the truth of what had happened. I discovered recently that my grandfather also had a village wife, an arranged marriage that occurred while he was a university student by his traditionally-minded parents. He was home long enough to get her pregnant, and then returned to university. He didn’t see the woman again, nor did he see the baby girl they had conceived, who died shortly after birth.

As an American-born Chinese, I was riveted by how these women could tolerate what was an otherwise intolerable situation—the recurring losses, the loneliness, the deep-seated unhappiness they did not bother to hide from their children. I wondered why neither woman left my grandfather, I wondered if the village wife ever thought about my grandfather. Poetry allowed me to enter a kind of dialogue with these women, with Julia especially. Even though she and I are not related by blood, I have always felt a connection to her as family. What else would you call it? This poem presented itself when I considered the possibility that the women were inexplicably, unbreakably, connected—to undo it would be another kind of trauma. There are, and always have been, many ways that this could have played out. “Afterlife” is one.