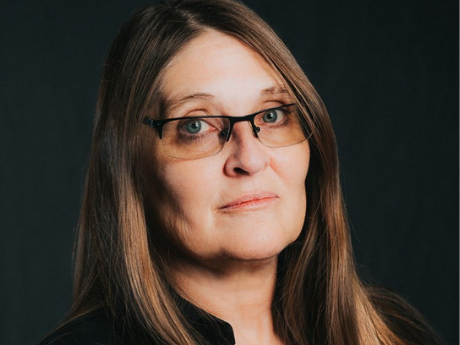 Blood memory, lineage, from Deep Creek North Carolina, northern Georgia. Raised primarily in U.S. and yet my idea of America is broader, Americas America. I'm also from Canadian lineage, and spent a great amount of time north, so North American is well-suited to me. My work is informed by and concerned with this landscape and its knowns and curiosities. My knowns and curiosities. I live and write here.

Some might say. I see some direct correlations between many many poets in/from the U.S., and would hope that this country is capable of defining a poetic that translates as emblematic. I think Brooks was this. I think Lucille Clifton was this. I think Joy Harjo and Leslie Marmon Silko are this as well. Sam Hamill is definitely an American poet, yet you have to wonder what that element translates to, in a literary sense, when faced by the conflictual conditioning that American life evokes.

We are always earmarking time and space as if cataloguing our placement in the universe. The land cradles us, gives us homing. History speaks to our comings and goings, our understandings or lack thereof. Class, economic burden, gender, preference, ethnicity, and belief infect the work with conceptual initiation to content. Our experiential lives give us a sense of identity we render into words or seek to detail throughout our movement through existence. We are what we are in the end. I hear it.

Poetry in the United States reminds me of a thousand birds calling in millions of lights. Perhaps due to the general lack of support to sustain its value and condition its permanence, an unusual need surely exists here. The U.S. is one of a few countries in the world that isolates poetry and those that compose it, into reaches that seem deliberate entrapments, so that there is oftentimes an urgency beneath the work calling for attention to witnessing, acceptance, fairness, justice ­­– whatever the need at hand. It seems to me poetry here is filled with this sense of, "Hey listen," in the course of content pathway. Stated or implied, the call seems to permeate the field.

Pop culture iconographically marks time and measures era. Each inclusion suggests reference and relative specification. Every suggestion invokes propensity occurring at a specific reveIing or grieving. Pop culture punctuates American poetry, I'd argue, throughout the Americas. The U.S. one of numerous countries that counts each trigger-flex with notions solidified by pop culture. For me, I was born the year Motown was conceived and turned one in its initial year of production. This sound is one of the earliest primary memories I have. It is my earliest notion of pop culture and significantly developed my way of hearing, way of engineering sound in verse. Coupled with oraliterature in the home, and deeper tribal traditions, Motown was the cool of reckoning in my child mind, so instrumental to my sensibility overall. A significant source.

Historic, in the sense of 2010 perspective, all the above and Brooks, Bishop, Poe, Whitman, Ginsberg, William Carlos Williams, Auden, Plath, Burroughs, Ashbery, Sandburg, Elliot, and I believe Dylan Thomas shaped quite a bit of the American scene as well. How about Billie Holiday for that matter?

I believe there may be a return to importance of the read, despite availability of the poet. The page, in whatever manifestation that occurs, paper, screen, or airborne c-gen, will return as the medium of preference in poetry, that an awakening of performance of works by poets who write for that medium, whatever it is, will hasten our movement to rising awareness of poetics and strengthen the field, through unity of poets and readers. It is happening now and has already been going on for most of the world, for eons. We'll need to catch up. If we think about it, we're already there. I believe the current movements in poetry will bring the field to a more profoundly appreciated state soon enough. Just listen.