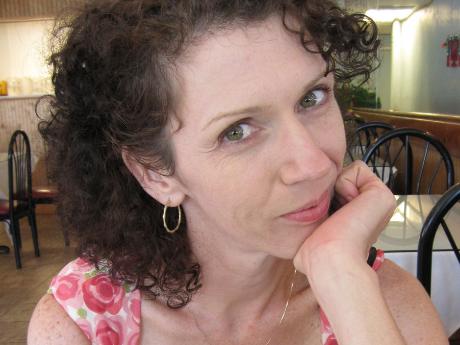 I spent two years in Switzerland. Living in a land where mine was not the native tongue was difficult, frustrating, lonely. I was exiled from my own language, which became a source of profound anxiety. During that time and to cope with my uneasiness, I tried very hard to lay low and blend into the crowd (so un-American, right?). Of course I never accomplished this to any real degree of success. For even though I did know some German, it never took more than a simple greeting spoken to a stranger for him to recognize not only that I was a foreigner, but an American, to boot (our accents are unmistakable). Moreover, even if I zippered shut my mouth so that nary a shibboleth escaped, the aforementioned stranger was somehow still always able to peg me as an American citizen. Was it something in the way I held my head or how I walked? Did I waft of gunpowder, hamburger grease, consumerism? I'd like to think it was something more diaphanous and slightly nobler than that.

Many times it happened that I would be walking down the street and a car would pull up next to me and its driver would hop out and ask, always in English, for directions to either a nearby shop or the train station. That never stopped seeming strange. They already knew I wasn't local; why else would they ask in English? Why, then, even bother asking?

Of course there are dark marks on America's collective consciousness. We're loud. Sometimes we act really, really entitled to things. We don't always treat people as we ought to. We abuse the natural landscape and we wear fanny packs when we travel. We start war and rumors of wars. We start fires. But we're also quite open. And we're also very friendly and we tend to like to help (this is clearly common knowledge; it's the Amerikanerin, remember, who they're asking for directions). We're not a reserved people. We keep our faces loose, unlocked. We speak our mind, we have opinions. We're not above a good laugh, a cold beer, or a warm embrace. We have adventurous tendencies and enjoy experiment. We end wars and put out fires, too. We fiercely protect our own.

There's little doubt in my mind that all these traits—good, bad, ugly, and inconsequential—are as indigenous to America's poetic heritage as they are to the mien of the general populace. We are open and non-reserved in our poetries, or at least we can be. We are experimental, adventurous and bold (I mean, really, what's more nervy and audacious than "Song of Myself?"). And we're accommodating. There's room in the house of American poetry for all sorts of verse: lyric, political, abstract, narrative, confessional, avant, après, humorous, formal, and yes, even cowboy. It's a big party we're throwing up in here, and everyone's invited.

As for issues of entitlement and prerogative, I do sometimes worry that we rest too assuredly upon our privileges. Or I fret that I do at least. I write a lot about religion. I also write a lot of awfully laudatory verses praising many things that religion tends to traditionally condemn. It isn't lost on me that I'm writing about acts that just a few centuries ago (and on our own continental soil) might have got me hanged. But we don't live in a regime where our poems can land us in the same hot waters as other poets from different lands or from other eras do or did. That First Amendment of ours? I bless it. We all should.

I have fewer predictions for American poetry in the next century than I do hopes for it. The biggest hope of all? That poetry finds a broader audience, and fast, or we're all going to go down in history with a fizzle and a whimper. I also wish for a future society of American poets that's less polarized by aesthetic than our own seems to be. And I also wish upon the future poets of America the ability to make aesthetic choices that are free from political interpretation. Writing sonnets is no more a fascist act than penning lines of free verse is particularly subversive. I want the best future poetries to rise above the labels academia tends to give them. And I want the future American poets to do what the best American poets have always done, which is to write the hell out of their poems.