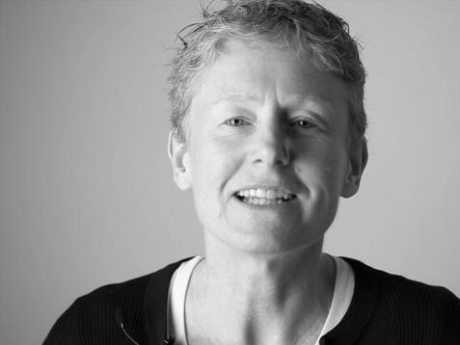 What is American about American poetry? And the impossible question beneath it: what is America? Is it Martin Luther King saying 'My country 'tis of thee/Sweet land of liberty/Of thee I sing' in Washington in 1963, or the Norman Lewis painting "America the Beautiful," with the white hoods and crosses of the Klan flickering on a dark field? Is it James Chaney and Andrew Goodman and Mickey Schwerner tired from their holy work together in Mississippi in 1964, or the grown white parents in Little Rock spitting on black children trying to go to school? Is it the veteran in 1968 who lay in the street to stop the Vietnam war, or the one who carried the pocket lighter inscribed with the words, "There is nothing so sweet as the smell of death in the morning?" Is it the world's first true democracy in the making, or is it a dream of justice burned by a reality of injustice beyond recognition? And what if the answer to all of these questions is yes?

Two different winds have blown over this land from the first arrival of Europeans here: one called Mestizaje and one called Money. The wind from the direction of Money tastes like pennies and blood; it whispers words like "freedom" and "the pursuit of happiness," while smelling of rifles cared for like children and newspaper real estate listings. It carries what James Baldwin calls our "terrifying sterility": the contempt for the body's world, the empty cant of political speech, the cities and towns made for the scale and comfort of machines, the gleaming supermarkets with people sleeping on their doorsteps, the hidden prisons and their chambers of execution, the video screens flickering far into the night. The wind from the direction of Mestizaje smells like the supper smokes of a dozen nations along one block of Broadway, like the heap of clothes left on the floor at the end of a day's work. It sounds like long meetings and arguments; it speaks the many languages of the strangers who have come to call themselves Americans and is ashamed of none of them. These winds make two paths a walker may follow, and each path forks: Money between plenty and empire, Mestizaje between warring factions of reified difference and the chance, as Baldwin put it, "to achieve our country and change the history of the world."

A poet writes in dialogue with her or his time and nation, although the kinship between the partners can remain hidden for years. As American as our brutal, cheerful positivism is Dickinson's reply, "My Life had stood—a Loaded Gun-- (for the new thing is always first spoken in the borrowed language of the old); as American as the terrifying distances we insist on keeping between us is Whitman's "If you want me again look for me under your boot-soles." At the same time, these poets are not bound by any time or nation, and their answers, their questions, their beginnings, do not belong to any nation but to the nation of poetry itself—which is not a nation at all, because it has no borders, although each generation continues to bring forth its own desperate builders of fortified towers and barricades. The nation of poetry is not a nation but a vision of the beloved community this country has so long spoken of but has yet to make real.

Last year I compiled for my poetry students an anthology of ninety-nine imperishable poems; as it turned out, fifty were written by poets from the United States. Some of my leaning toward the Usahn came from a tremendous excitement over the diversity, both technical and demographic, of the voices constituting our literature over the past thirty years, calling across internal and external borders; and some no doubt came simply from an embattled love for this land and its languages and the poets who speak them—for home. The Massachusetts harbor where I was born and the nation of which it is a part are my inheritance, which I share with millions of strangers with whom I share nothing else but this. No word I write can ever be completely separate from them.

When I think of American poetry in the next century, I think of that thrilling, unprecedented mestizaje of voices—and also of what historian William Appleman Williams once described as "the way empire as a way of life kills the imagination." I try to keep both in mind as I stand in the way of those two braided winds. I count myself part of the nation of poetry because it is no nation at all, because it is every nation; and at the same time I count myself Usahn—because 'America' extends from Hudson's Bay to Tierra del Fuego—with a lover's faithful insistence that all lies and distances end, that we keep the sacred vision of the beloved community and make and sustain a poetry worthy of it.