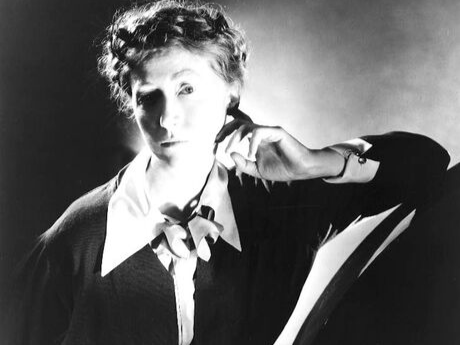 Marianne Craig Moore, who died in 1972 at the age of eighty-five, was one of the major poets of the Modernist era, celebrated by her contemporaries as a supreme inventor and precisionist who could, indeed, meet her own high measure of poetry. She is a "literalist of the imagination" who can "present for inspection...imaginary gardens with real toads in them." (In a college letter she speaks of imaginary owls in imaginary forests; the evolution to real toads and gardens is instructive.) She eschewed the role of the poetess and instead wrote a sharp-witted, formally radical poetry that holds aesthetics to an exacting ethical standard. As she would tell Ronald Lane Latimer in 1935, "aesthetic expression is, with me at any rate, a kind of transposed doctrine of existence." Born near St. Louis just a year before T. S. Eliot, she was one of the American Modernists who chose not to emigrate, but to stay to forge the new on her native soil. In an early poem, "England," she writes: "the flower and fruit of all that noted superiority-- / if not stumbled upon in America, / must one imagine that it is not there?"

She could imagine otherwise. Hers was, she would admit, a "grassless, linksless, languageless country" where there were "no proofreaders, no silkworms, no digressions," but the soil was fertile and the excellence of modern art took root in it. In 1915, after some of her poems had been accepted by the avant-garde magazine Others, Moore made a pilgrimage of sorts to New York City--she called it her "Sojourn in the Whale." She made a point of visiting the gallery 291, where Alfred Stieglitz was raging a revolution in the arts. She moved to New York City in 1918, entering a whirlwind of artistic activity. As she wrote to the expatriate Ezra Pound the following year, about life in the New York avant-garde: "I sometimes feel as if there are too many captains in one boat, but on the whole, the amount of steady cooperation that is to be counted on in the interest of getting things launched, is an amazement to me."

Moore was indeed one of those "getting things launched." In 1924, she won The Dial Award for her book Observations. She refused to call them poems, as her friends had when they collected her work in 1921. In 1925, she became editor of The Dial, a major international magazine of the arts. Even after The Dial folded in 1929, Moore continued to advise younger editors and writers; she had a shaping influence on work emerging in the thirties. Her own Selected Poems, including major new poems, appeared in 1935. In T. S. Eliot's introduction to the book, he wrote that it forms "part of the small body of writings, among what passes for poetry, in which an original sensibility and alert intelligence and deep feeling have been engaged in maintaining the life of the English language." Was he remembering her tolerance for "plain American which dogs and cats can read?" Moore became a literary elder statesman in her own right, eventually winning every major American prize for literature, and earning six honorary degrees.

Elizabeth Bishop, as a college student at Vassar in 1934, was thrilled when the campus librarian, a family friend of Moore, helped arrange a meeting by the lions in front of The New York Public Library. Moore was Bishop's first important supporter, offering discerning advice on all sorts of subjects--cures for poison ivy, household cleaners, prosody, propriety, profundity--and encouraging her not to give up or divert her talents (Bishop was considering medical school in 1936). The two remained friends until Moore's death. In 1952, Allen Ginsberg sent Moore the manuscript of his first book, The Empty Mirror, and her advice to him was consistent with her sense that poetry should affirm life or help us to endure:

Patient or impatient repudiating of life just repudiates itself. There is no point to it. What can be exciting to others is one's struggle with what is too hard...Why do I say all this? Because your trials, your  own realness, and capacity, affect me.

In the fifties and sixties, Moore's celebrity far exceeded the relatively small circle of poetry readers. She was the famous figure in tricorn hat and cape who brightened the pages of Life, Look, Glamour, and even Sports Illustrated. During this time she would occasionally write as many as fifty letters a day--each unique, lively, and memorable--in response to the "volumes of irrelevant mail" she was receiving. The poet's poet had become the public's poet.

But I'd like to bring attention back to the girl no one had heard of, growing up quietly in Carlisle but preparing to brandish her linguistic powers before a dazzling but recalcitrant world. At Christmas in 1896, when Moore was barely nine years old, her mother wrote a prescient letter to her cousin, Mary Shoemaker:

"You would have laughed surely, could you have heard my daughter's lament that the poetry was for Warner [Moore's brother], rather than her. She dotes on poetry to a perfectly horrible degree. I know we shall yet have a poetess in the family, and finish our day languishing in an attic (prior to the ages when posterity & future generations will be singing our praises). "

It is clear from the poetry, and from the myriad echoes and allusions in the letters, that even as a child Moore was building an arsenal of words and phrases from the Bible and Shakespeare, as well as from Johnson, Bunyan, Cowper, Coleridge, Keats, Shelley, Browning, Meredith, and Tennyson. She did this with the enthusiasm that our own youth snap up the latest compact discs. From Bryn Mawr, she wrote home:

Writing is all I care for, or for what I care most, and writing is such a pulling profession if it is not a great one, that I occasionally give up. You ought I think to be didactic like Ibsen, or poetic like "Sheats" (Shelley/Keats), or pathetic like Barrie or witty like Meredith to justify your embarking as self-confidently as the concentrated young egoist who is a writer, must. Writing is moreover a selfish profession and wearing (on the investigator himself).

A remarkably self-distanced remark, for a junior in college--the result, in part, of her Presbyterian upbringing, and its emphasis on humility and gusto. But Moore would not turn out like any of these writers; she found her way as a bold Modernist who constructed from the past--both distant and close--a foundation on which to build a unique contemporary vision. The early letters provide a moving account of a young writer finding a voice:

"I have come to the conclusion that I 'want to write' and that shortly I will have something to say. My 'style' is execrable. I slave, and then talk a page of rot to every half-line of sense, but the thing is too much a solace, a fascination, a weapon-to-wield etc. to crush into invincibility."

From this purpose, happily for us, she was never diverted: art is a "weapon to wield" against all that oppresses the spirit. Dejection and defeat are the enemies of poetry and her life and art were designed to resist them. Moore at her best is a poet of wild decorum, combining high civility with energy and inclusiveness, propriety with sincerity. She joined other Modernists in the revolution of the word by challenging the conventions of poetic language with her varied lexicon, her singular choice of subject matter, her imagery, her heightened particularity, her appropriation of fragments from an open range of sources, her spatial designing of the page that establishes order without the tyranny of regular metrics. In no other poet's work do we find words like "contractility," "apteryx," "occipital," or "iconosphere," or extensive quotations from Baxter's Saints Everlasting, Leigh Hunt's Autobiography, The Rules and Regulations Manual of Mt. Rainer, and from a conversation overheard at a circus. Moore's work reaches toward aesthetic frontiers. But it is also bold in its moral vision, struggled for and never complacently claimed, expressed in paradoxes of strength in adversity, freedom in bondage. 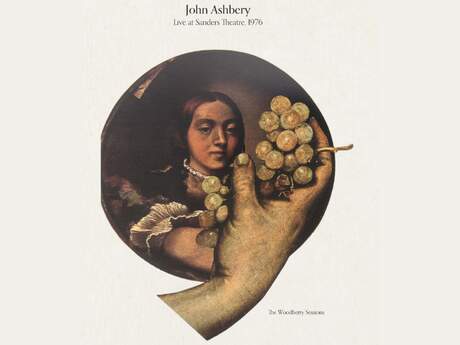