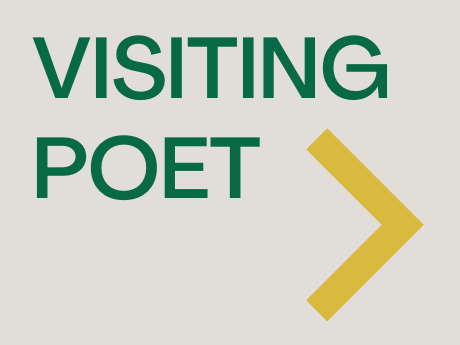 A ruthless catalog of sorrows:
years in front of the screen, diplomas before jobs,
and languages—all that torture—now ranged under Languages.
Where are all the wasted days? And the nights
of walking with hands stretched out
and the visions that crept over the walls?
Where are the feelings of guilt
and the sudden sadness faced with a little hill of fruit
atop a handcart in some forgotten street?
Years with no mention of the empty hours or the funerals,
expunged of black depressions and nibbled nails,
the house keys forgotten inside the house.
There isn’t a single open window
and no trace of the desire, deferred, to leap out.
A life overstuffed with accomplishments,
scrubbed free of dirt:
proof that the one who lived it
has cut all ties to the earth.

In front of brightly lit windows
overflowing with lingerie
I can’t stop myself
from thinking about Marx.

A respect for Karl Marx
is the one thing my lovers had in common.
I allowed all of them, though to differing extents,
to paw at the cotton dolls
hidden in my body.

The thread of the story fell to the ground so I went down on my hands and knees to hunt for it. This was at one of those patriotic celebrations, and all I saw were imported shoes and jackboots.
Once, on a train, an Afghan woman who had never seen Afghanistan said to me, “Triumph is possible.” Is that a prophecy? I wanted to ask. But my Persian was straight from a beginner’s textbook and she looked, while listening to me, as though she were picking through a wardrobe whose owner died in a fire.
Let’s assume the people arrived en masse at the square. Let’s assume the people isn’t a dirty word and that we know the meaning of en masse. Then how did all these police dogs get here? Who fitted them with parti-colored masks? More important, where is the line between flags and lingerie, anthems and anathemas, God and his creations—the ones put on earth to pay taxes?
Celebration. As if I’d never truly said the word before. As if it came from a Greek lexicon in which triumphant Spartans march home with Persian blood still wet on their spears and shields.
Perhaps there was no train, no prophecy, no Afghan woman sitting across from me for two hours. At times, for his own amusement, God leads our memories astray. What I can say is that from down here, among the shoes and jackboots, I’ll never know for certain who triumphed over whom.


The Idea of Home

I sold my earrings at the gold store to buy a silver ring in the market. I swapped that for old ink and a black notebook. This was before I forgot my pages on the seat of a train that was supposed to take me home. Whenever I arrived in a city, I felt my home was in a different one.
Olga says, without my having told her any of this, “Your home is never really home until you sell it. Then you discover all the things you could do with the garden and the large rooms—like you’re seeing it through the eyes of a broker. You stored all your nightmares in the attic, now you have to pack them in a suitcase or two.” Olga falls silent, then suddenly smiles, a monarch among her subjects, there in the kitchen between her coffee machine and a window with a view of flowers.
Olga’s husband wasn’t there to witness this queenly speech. Maybe that’s why he still thinks the house will be a loyal friend even when he loses his sight—a house whose foundations will hold steady, whose stairs will mercifully protect him from falls in the dark.
I’m digging around for a key that always gets lost in the bottom of my handbag, here where neither Olga nor her husband can see me, training myself in reality so I can give up the idea of home.
Every time you go back home with the dirt of the world under your nails, you stuff everything you could carry with you into its closets. But you refuse to define home as the resting place of junk, as a place where these dead things were once confused with hope. Let home be that place where you never notice the bad lighting, let it be a wall whose cracks keep growing until one day you take them for doors.


Translated from the Arabic by Robyn Creswell.

Who has not felt, while staring at the lines of their CV, the deep truth of Marx’s theory of alienation? Here indeed your own life confronts you as “a hostile, powerful object,” utterly disconnected from the labor that produced it. Iman Mersal’s poem, “CV,” captures that peculiarly modern sense of estrangement, the feeling, which Marx called Entfremdung, that composing your curriculum vitae is not so different from composing your epitaph. But Mersal is also a writer who—in her short lyric, “Respect for Marx”—looks into a window display of lingerie and blames the theorist of commodity fetishism for a lot of bad lefty boyfriends.

Mersal is a poet of large ideas who keeps her eyes fixed on everyday life—the realm of CVs and consumerism, romantic disappointment and the workaday world. Mersal was born in 1966, in the Nile Delta town of Mit ‘Adlan. Her first two volumes of poetry, Mamarr mu‘tim yasluh li-ta‘allum al-raqs (A dark alley suitable for dance lessons; 1995) and Al-mashi atwal waqt mumkin (Walking as long as possible; 1997), explore the legendary bohemia of downtown Cairo, a milieu of scrappy poets and Europeanizing elites, conscripted soldiers and lingerie shops. In Egypt, Mersal is often associated with the “generation of the nineties,” a literary grouping known for its sly nonconformism and disillusionment with conventional pol­itics. While modern Arab poets such as Mahmoud Darwish and Adonis wrote of historical crises—the 1967 War, the Oslo Accords, the invasion of Iraq—in the tones of latter-day prophets, Mersal finds politics in unexpected places: not in the public square or at the checkpoint, but rather in the realm of sexual relations, commonplace idioms, and hierarchies of power that are more durable because they are mostly unacknowledged.

All Mersal’s poems were originally written in prose, some­times with line breaks, sometimes without. In Arabic, this verse form is called the qasidat al-nathr (prose poem); it is a recent development, dating only from the late 1950s. But while pioneers of the qasidat al-nathr—particularly the Syrian poet Adonis—wrote in a high poetic register, Mer­sal’s prose poems are emphatically prosaic, not only in their sub­ject matter but also in their diction, rhythm, and tone. Where Adonis took as his model the French poet Saint-John Perse, a writer of classical eloquence and poise, Mersal’s affinities lie with poets such as Charles Simic and Wislawa Szymborska, with whom she shares a mistrust of bombast and an interest in the everyday surreal. Like these writers, Mersal has an extraordinary sensitivity to the ways in which State officialese has distorted the common language, turning phrases like “the people” into clichés that poets can now handle only with very long tweezers (see, for example, “A celebration”). Mersal’s commitment to the quotidian is one way to fight this debasement, to rescue ordinary life and its id­ioms from the dead hand of newspeak. My own translations, which have been helped in innumerable ways by conversations about them with Mersal, attempt to capture this fiercely prosaic stringency.

In 1998, Mersal moved to Edmonton and began teaching at the University of Alberta. While living in Canada, she published two more collections of poems, Jughrafiya badila (Alternative geography; 2006), and Hatta atakhalla ‘an fikrat al-buyut (Until I give up the idea of home; 2013). Expatriation, for all its material and psychological hardships, provided Mersal with new subjects for poetry: the conflicted feelings of emigrants toward the old country, their struggles to reconcile themselves with the new, and the very idea of home. Classical Arabic poetry includes a genre called al-hanin ila-l-awtan, a yearning for the homeland. In a typical example, the poet (often a courtier in exile) laments his present state, remembers the graces of his native environment—its flora and fauna, his family and friends—and expresses a wish to return before he dies. Mersal’s later poetry resonates with this ancient genre, but subjects its nostalgias to withering scrutiny. In “The idea of home,” a character suggests—in a characteristically caustic remark on middle-class life—that one can only see the truth about one’s home through the eyes of a real-estate broker. Or else, in a somewhat kinder vein, it is precisely their openings—the cracks one might slip through, or the windows one might leap from—that makes a house a home.

Iman Mersal is the author of several books of poems and a collection of essays, How to Mend: Motherhood and Its Ghosts. In English translation, her poems have appeared in Parnassus, The Paris Review, The Nation, American Poetry Review, The Kenyon Review, and Michigan Quarterly Review. She is Professor of Arabic Language and Literature at the University of Alberta, Canada.

Robyn Creswell is a consulting editor for poetry at Farrar, Straus and Giroux and is a former poetry editor of The Paris Review. He teaches Arabic literature at Yale University.